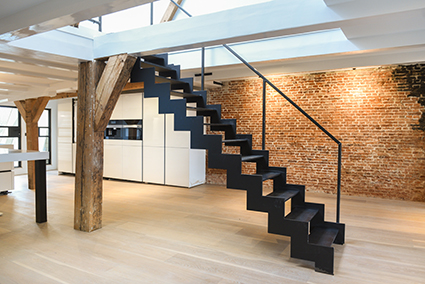 We are particularly proud of the final result of the total renovation of the special and spacious apartment on the top two floors of a historic canal house on the Keizersgracht in Amsterdam. All this was designed by architects VW studio in Amsterdam.

Because the building is listed as a National Monument, the changes to the building structure that were permitted were limited. VW studio first made an inventory of the building together with the municipality and described which parts were historical and which were added in recent years. This gave a good idea of what could be removed/changed.

The historical roof construction had to be partly replaced. For the replacement of large beams, GoedBouw searched throughout the Netherlands for a historical beam with the correct dimensions. After finding this large piece of wood, which was hundreds of years old in itself, it was transported to Amsterdam and carefully put into place.

The apartment became the perfect mix between the historical building and the contemporary architecture, complementary to each other and a new home for a family in the centre of Amsterdam. 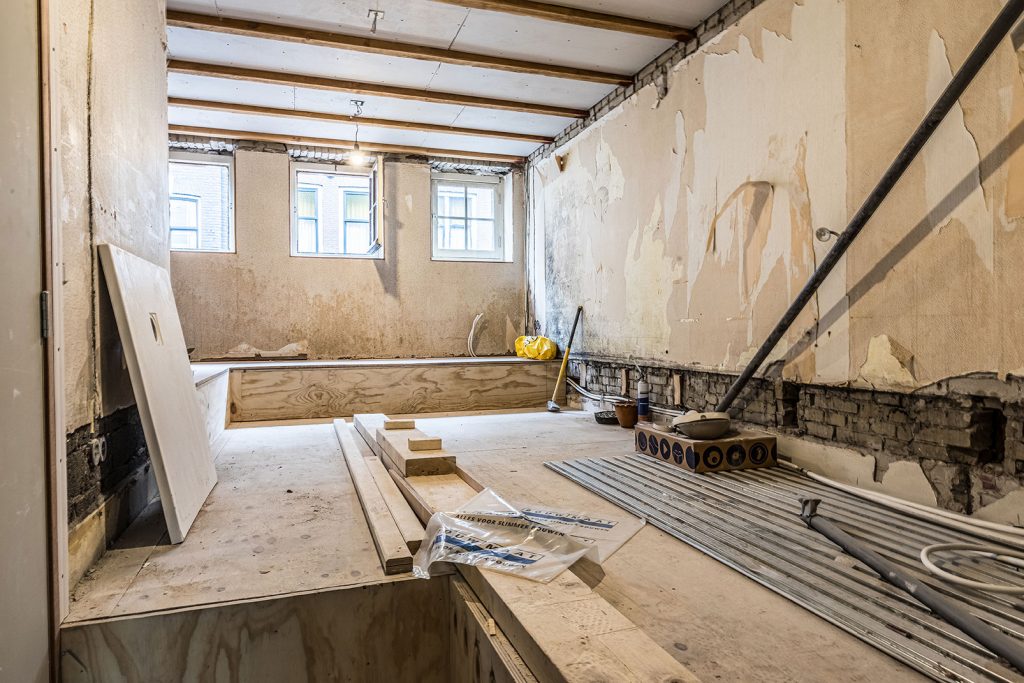 Through clever thinking, GoedBouw has realised an extra 25m2 of living space in one of our projects. Originally, the mezzanine floor was too low to be used as living space. During a renovation at the same address, it turned out that it was possible to lower the floor of the mezzanine so that, in terms of height, the space suddenly complied with official living space requirements. Count your profit…